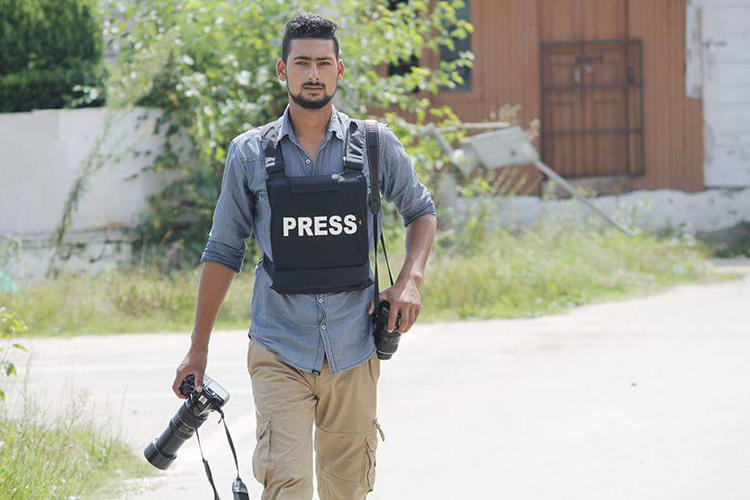 The NWMI expresses outrage at the NIA’s attempt to lay down the “moral duty of a journalist’”.

The Network of Women in Media, India, (NWMI) a forum for women media professionals from across the country, is shocked to read that the National Investigation Agency (NIA) has laid down what it considers to be the “moral duty of a journalist’”, in its charge-sheet against Kashmiri photojournalist Kamran Yousuf. The charge-sheet against 12 accused dated January 18, 2018, which charges Yousuf with stone-pelting and conspiracy says:

“Had he been a real journalist/stringer by profession, he may have performed one of the moral duty (sic) of a journalist which is to cover the activities and happening (good or bad) in his jurisdiction. He had never covered any developmental activity of any Government Department/Agency, any inauguration of Hospital, School Building, Road, Bridge, statement of political party in power or any other social/developmental activity by state government or Govt of India.”

Being the Central Counter Terrorism Law Enforcement Agency, the NIA is obviously not aware of the duties of journalists, moral or otherwise. We would like to inform the NIA that the basis of credible journalism is to ask questions about happenings in society and relay verified information to the public, without fear or favour. Reporting inaugurations of public works by the government or army is the job of government and army PROs. Surely the prestigious NIA knows the difference between a journalist and a PRO?

Before telling journalists what their duty is, maybe the NIA should turn the spotlight on itself.
On September 5, 2017, Kamran Yousuf, a 23-year old freelance photojournalist from Pulwama, Kashmir, was summoned by the local police, after which the NIA took him to Delhi, without so much as informing his family. Is that lawful conduct?

The local police at that time told the press that there was no FIR against Yousuf. For a long time, the NIA did not disclose the charges against Kamran Yousuf. Is it empowered to arrest and detain journalists, or indeed, any citizen, without charge for months?

There is enough documentary proof available to establish that Kamran Yousuf was working as a photojournalist, and contributed, among other publications, to the Greater Kashmir, the largest circulated daily in the valley. The NIA might be delighted to know that one of his photographs in Kashmir Uzma, August 27, 2017, shows the state police chief at a wreath-laying ceremony. He was indeed, fulfilling his “moral duty” as per the NIA.

Has the NIA fulfilled its moral and legal duty in the way it has dealt with Kamran Yousuf?