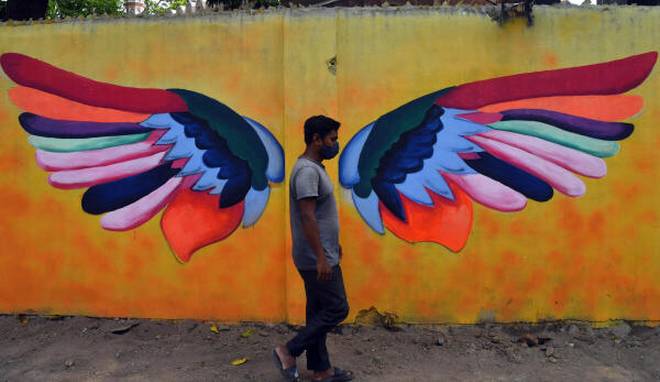 The Network of Women in Media India (NWMI) mourns the loss of more than a hundred journalists who have lost their lives in India over the past year. We pay tribute to our colleagues with a heavy heart and also with anger.

Journalists are on the frontlines of reporting the Covid-19 pandemic, in pursuit of promoting citizens’ right to information, and  yet they are often at the receiving end of hostility – from the public and political pressure groups alike. While the press received exemptions from lockdown restrictions, along with the police and others rendering essential services, press workers have not been considered frontline workers eligible for early vaccination,  except in a few places. It is high time the authorities paid attention to the complete lack of access to timely medical attention for journalists on duty and drew up a vaccination plan for them on par with healthcare workers and other recognised frontline workers. It is important to note that six journalists are believed to have died in Lucknow last week because they could not access timely medical care. Scores of others are ill and suffering from  the debilitating long Covid syndrome, making it difficult for them to work.

The second wave of the pandemic has turned into a tragedy of colossal proportions, with the complete breakdown of all semblance of governance and the collapse of the already fragile public health care system. With little or no access to personal protective equipment (PPE), coping with crippling wage cuts and the constant threat of  job loss, journalists have courted illness and death on a daily basis over the past year.  The roll call of those who did not make it back is rising by the day.

Media houses need to actively ensure the safety and health of journalists who work for them and those who, as independent stringers or freelancers, supply vital information, photographs and videos to them. Media houses must stop forcing journalists to travel in dangerously unsafe conditions to work in offices instead of encouraging them to work from home.

Journalists are the unacknowledged and unsung messengers who have been bringing to light the reprehensible disintegration of basic health care facilities in the midst of a pandemic, often reporting from the field, standing outside hospitals, morgues and cremation grounds alongside scores of desperate patients and relatives.

As so many commentators have pointed out, scores of citizens have succumbed to the virus merely due to their inability to access in a timely manner, hospital beds,  vital oxygen support and/or the  drugs required to help them tackle the disease. While the responsibility for this entirely human-created disaster must be laid squarely at the doors of the government, both at the Centre and in states, who does one hold accountable for the deaths of journalists – the information-gatherers and record-keepers who bear witness to this tragic debacle?

As the NWMI pointed out in the early days of the pandemic, in the context of the tsunami of job losses and wage cuts in the media industry, the worst casualty has been authentic information from the ground that speaks truth to power. News-gatherers, whether they work independently or as employees of media houses, have been silenced in more ways than one over the past year. Journalists today are often criminalised for doing their duty and, at such times of trouble, they are virtually abandoned by many of the media houses they work for. To make matters worse, the layoffs and pay cuts have no doubt put pressure on those who still have jobs to take even more risks to get stories.

Over the past year, more than 60 journalists (as of 27 April 2021) who reported on the pandemic and the plight of stranded and starving migrant workers were penalised for their work. They were arrested, issued show cause notices or interrogated, slapped with charges under the draconian Unlawful Activities Prevention Act, 1967, the Indian Penal Code, 1860, the Epidemic Disease Act, 1897 and the Disaster Management Act, 2005. Journalist Siddique Kappan was arrested under the UAPA when he was on his way to cover the gang-rape of a Dalit woman in Hathras in Uttar Pradesh. Kappan recently tested positive for Covid-19 and is now, shockingly, chained to a hospital bed.

We demand that the central and state governments, and all media houses:

Measures must be immediately taken to ensure the physical and emotional safety of journalists who are risking life and limb to keep the public informed during one of the biggest and gravest crises the country has faced.

Act now: we cannot afford to lose any more lives.

Lest We Forget: Tribute and list of journalists lost to Covid-19

CPI Must Not Whitewash a Man Accused of Sexual Harassment: NWMI