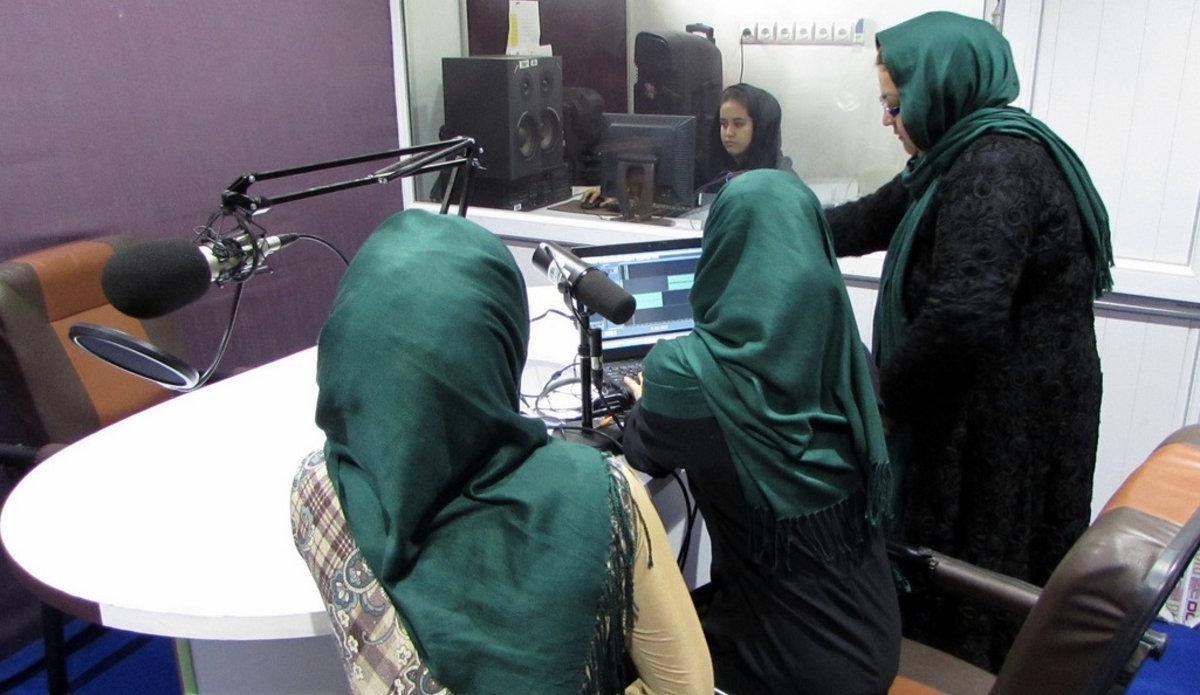 The Network of Women in Media, India, would like to express solidarity with the brave radio journalists of Roshani, the all-women radio and TV station that was the voice of the city of Kunduz in Afghanistan and was destroyed by the Taliban in the early hours of September 28.

The Network of Women in Media, India, would like to express solidarity with the brave radio journalists of Roshani, the all-women radio and TV station that was the voice of the city of Kunduz in Afghanistan and was destroyed by the Taliban in the early hours of September 28.

Nine women, including Roshani’s director Sediqa Sherzai, fortunately escaped with their lives, but the ordeal they went through could have been fatal. The Taliban which had surrounded Kunduz for weeks swept into the city, first set fire to the radio building that Sherzai had set up in 2008.

Sherzai who had come in to work early that morning spotted the militants and sounded the alarm, asking the staff to move out of the building and come to her home. Later the women had to even leave their city with their families and young children, as bullets flew and rocket fire rained all around them.

It was clear that the private station, very popular for its special programmes on women and youth issues, was one of the prime targets of the Taliban. The 35-year-old Sherzai had also recently launched a television channel boosted by the radio successs.

Radio is the most popular, and sometimes, the only available media in most parts of Afghanistan, due to the low literacy rates in the country, poverty levels, besides the lack of electricity. With newspapers and magazines only limited to urban areas that can read and internet virtually out of reach of the poor, most people in tough terrain and remote areas, depend solely on radio whether for news, information and if permissible, entertainment.

In such a scenario, Roshani was known for its social, cultural, sport and entertainment programs to Kunduz city and the nearby districts of Chardarah, Khanabad, and Aliabad. Sherzai told RFERL, Radio Free Europe Radio Liberty that eyewitnesses had told her about armed men looting the station’s equipment before the building was burned down.

“The Taliban erased many years of our efforts to build women’s media in Kunduz,” said Sherzai who had bought the new equipment for a center she was planning to launch in early October to train women in video recording and editing. “When things get back to normal in the city, we have to start all over again from zero.”

Although Kunduz was retaken by Afghan forces within days, fighting continues, leaving the future of the radio employees uncertain. The NWMI would like to stand solidly behind Sherzai and her intrepid team, extend whatever support it takes, so that Roshani would be able to rise again as the voice of women and youth in Afghanistan.