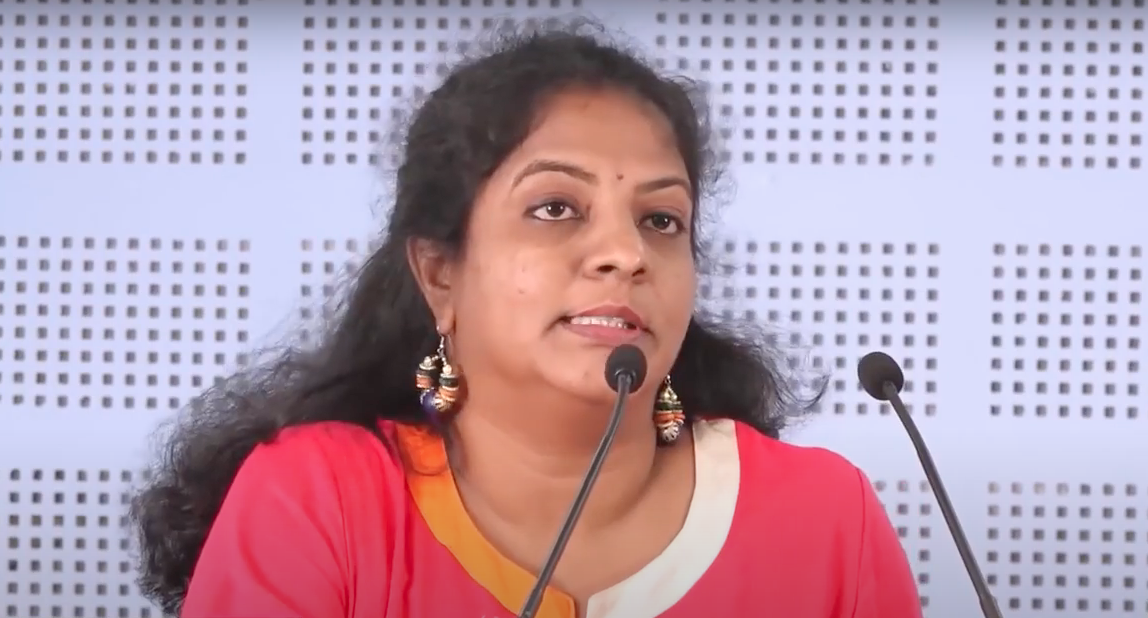 The Network of Women in Media, India, condemns the online abuse and harassment of Chennai-based journalist Kavin Malar. The relentless abuse, personal attacks and doxing (a practice where personal identifying information is broadcast online) by droves of trolls are part of growing attempts on social media to silence vocal women journalists in India. Facebook’s reluctance to take down these posts and the delay by the police in registering a complaint have only emboldened online harassers.

After Kavin wrote some comments online about what she felt were political motives behind the arrests of members of YouTube group Karuppar Koottam and, in a different instance, posted in support of another journalist being trolled online, a Bharatiya Janata Party functionary, Kalyanaraman, named Kavin as being anti-BJP. Facebook users who appear to support the BJP flooded her timeline and harassed her for weeks.

On August 9, a user named Sasi Kumar posted two photographs of Kavin with the words “My rate is 1000 rupees”. Soon afterwards, she began to get obscene calls and messages on Facebook from other users. Kavin is a journalist of solid credibility. The implication that she is soliciting is a condemnable attempt to malign her journalistic identity and reputation.

When Kavin and several others reported the post and photograph to Facebook, the social media platform refused to take any action, saying the post was not against their community standards. It was only after over 10 days that Facebook removed the photo. Other abusive comments remain online. So does Sasi Kumar’s profile.

Responding to Kavin’s complaint and the solidarity that poured in for her, on August 17 the Chennai Cyber Crime cell registered a case under Sections 354-D of the Indian Penal Code, and Section 4 of the Tamil Nadu Prohibition of Harassment of Women Act, 1998.

Kavin is an independent Tamil journalist who has been harassed for her courageous reportage on caste discrimination, communal violence and gender rights. She was harassed online in 2013, too, while covering the death of a Dalit man who married a Vanniyar woman in Dharmapuri. NWMI had written to the then Chief Minister of Tamil Nadu demanding action. It was only when Kavin went to court that the police filed a complaint against her harasser, self-proclaimed political analyst Kishore K Swamy, under court orders.

This March, the police closed the 2013 case saying the abusive comments were “undetected”, when many are still clearly online. Swamy, meanwhile, continues to harass several journalists, especially women and the few mainstream Tamil journalists not from the upper caste. There are at least five police complaints against Swamy, with no proportionate action.

Such police inaction allows online abusers to attack women journalists with impunity. Investigations must be completed and justice done for the internet to be a safer space for all.

Journalists across the world face threats and insults on social networks, from ordinary trolls or professional ones, in an obvious attempt to silence them. Some Indian political leaders have lauded these trolls as “warriors” and have endorsed their synchronised attacks by following their accounts or even offering them positions in their political parties.

Online harassers especially target investigative and female journalists. Doxing endangers reporters and their families. Its psychological effects on the victim and other journalists can lead to self-censorship or leaving social networks which have today become essential to journalistic work. Such online harassment can act as a deterrent to journalists, preventing them from doing their duty.

Chennai police must immediately begin credible investigations into the complaint.
Facebook must promptly take down obscene posts and remove the profiles of serial abusers.
Social media platforms must develop effective moderation procedures that enable quick action on such online attacks, especially on women journalists and those from disadvantaged social groups.

UPDATE : On December 2, 2021, Kavin posted on social media that Sasikumar had been arrested.

Finally arrested
Sasikumar, who harassed me using my photograph&abusive words in FB posts last year has been arrested in Chennai.
He posted my picture with abusive content in all my posts against BJP at that time.
Got a call from Chennai Cyber Crime Police before an hour.(1/2)

Previous Article
Portrayal of Women in the Media, Statements