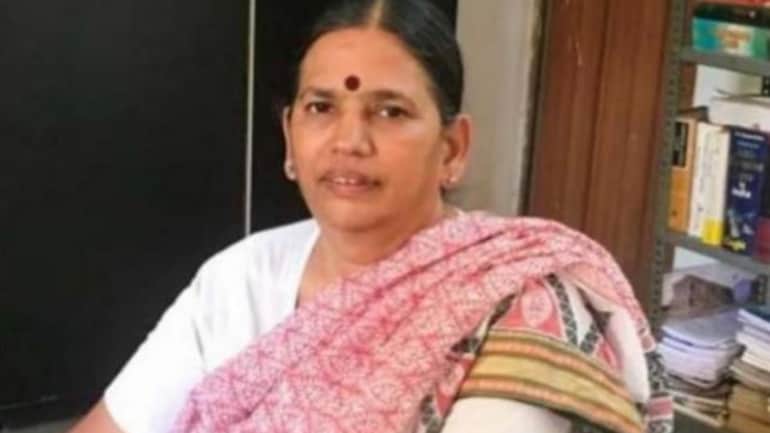 Raids were also conducted at the houses of Father Stan Swamy in Ranchi; journalists Kranthi Tekula and KV Kurmanath as well as professor K Satyanarayana in Hyderabad, professor Anand Teltumbde in Goa and advocate Susan Abraham in Mumbai. Laptops, mobile phones, hard drives and other material have been seized, in some cases without warrants, and in others, with a warrant in a language (Marathi) that most of the accused could not read or understand.

All the raids and arrests have been conducted on the basis of a single First Information Report (FIR No. 4/2018) filed at the Vishrambaug Police Station, Pune regarding the violence that broke out in Bhima Koregaon on January 1, 2018. As part of the investigation into the same incidents of violence, the police had, on June 6, arrested a number of dalit activists and academics – Dr Sudhir Dhawale, activist-lawyer Surendra Gadling, professor Shoma Sen, activist Mahesh Raut and research scholar Rona Wilson.

Large sections of the media seem to be unquestioningly reproducing police handouts, without even basic scrutiny or attribution. It is important to note that, although the FIR does not name any of the five individuals arrested on August 28, they have been accused under several sections of the IPC and also the draconian Unlawful Activities Prevention Act under which bail can be denied for up to six months.

The police action appears to be hinged on a dubious letter (flashed on Republic TV on June 8 as a ‘super scoop’ and reproduced in the Deccan Herald on August 29) claiming a conspiracy to “end Modi-Raj” with a “Rajiv Gandhi-type incident”. The media reproducing this letter have not taken the trouble to ascertain the veracity of this and other letters “leaked” to the press. If these letters were indeed extracted from the electronic devices belonging to the activists, were they subjected to forensic tests to validate their authenticity? Why are these “leaks” and their timing not being thoroughly investigated by the independent media? If the letters were genuine and seized through legitimate process, why has the police not produced these in court?

On July 4, in a programme on Republic TV, anchor Arnab Goswami alleged that Sudha Bharadwaj had links with the Maoists and claimed that she had written a letter to one “Comrade Prakash”. In a public statement, and later a case filed against Republic, Ms Bharadwaj strongly refuted these claims that she said amounted to defamation. Given the timing of these so-called “revelations” through planted fake letters, it can be reasonably concluded that the police and the state have been using selected channels to orchestrate the arrests by astro-turfing public opinion before the actual arrests.

Despite the absence of any evidence, on August 29, some television channels screamed about the arrests of “Urban Naxals” – a peculiar coinage now in vogue to describe anyone who has expressed dissenting opinions from those of the government in power. The term “Urban Naxals” was first defined in an essay by filmmaker Vivek Agnihotri in the right-wing magazine Swarajya in May 2017. He termed them ‘urban intellectuals, influencers or activists of importance’ who are “the ‘invisible enemies’ of India”.

Taking a cue from the right-wing websites, mainstream media houses have, without due diligence, reproduced terms that demonise the arrested human rights activists. Newspapers (for example Deccan Herald, front page, August 29) branded those arrested as “Maoist sympathisers” without an iota of evidence. Deccan Chronicle’s front-page headline in the Bangalore edition asked, “Did these 5 Reds plot PM kill?” and its strapline described four of the five arrested as “Maoist sympathisers” (Varavara Rao was spared).  Likewise, Times Now with its hashtag #MaoistCrackdown and Republic with its #NationalistsVsMaoists and #IndiaVsMaoists seem intent on polarizing opinion and casting dissenters as “anti-national”. The arrested human rights defenders have fought all their lives to uphold Constitutional values such as equality and justice — in clearly peaceful non-violent ways. The electronic media’s irresponsible branding of people is akin to defamation and violates the Code of Ethics of the News Broadcasters Association (NBA) which at the outset prescribes impartiality and objectivity in reporting and further says “Channels should strive not to broadcast anything which is obviously defamatory or libellous”.

We learn from reliable sources that the police, after arresting Sudha Bharadwaj, waited for the crew from Republic TV to arrive before taking her to court. Republic TV was also present in the early morning surprise raids in Mumbai. This sensationalized “live” streaming in collusion with the police serves no public interest.

Following the arrests, several Telugu channels ran stories claiming that a big Modi assassination coup-in-the-making was unearthed and all the arrested were part of the coup, providing fund and arms etc. These stories, with no evidence, or attributing these theories to the police, were aired as though they were facts.

It appears to be a concerted effort by certain sections of the media to create an impression that these individuals constituted a group of conspirators, when in fact the only commonality between them is that they have been consistently representing in court and speaking out on behalf of marginalized communities, such as Adivasis, Dalits, workers and political prisoners. They have been highlighting violations of human rights by the state machinery and stressing the need for the rule of law in accordance with the Constitution of India.

Indeed, the Hon’ble Supreme Court itself, in response to a petition by five eminent intellectuals and activists declared on August 29, that “dissent is a safety valve of democracy” and granted relief to the human rights activists, placing them under house-arrest until the next hearing, preventing the police from remanding them to Pune. Exposing its agenda, Times Now dubbed the Supreme Court order as an “Interim Setback”.

It is worth noting that the arrested activists and lawyers constitute a crucial link between the marginalised populations and urban English media. Their contribution in unearthing stories of importance from forgotten parts of the country and explaining them to a metropolitan audience is invaluable.

While all independent institutions are under threat, India fortunately has a robust judiciary that can adjudicate with autonomy and due process. However, the same cannot be said for large sections of the mainstream media. The lack of vigilance and unquestioning acceptance of the version of law enforcement agencies does not bode well for the future of the media in this country.

We appeal to the media community to: