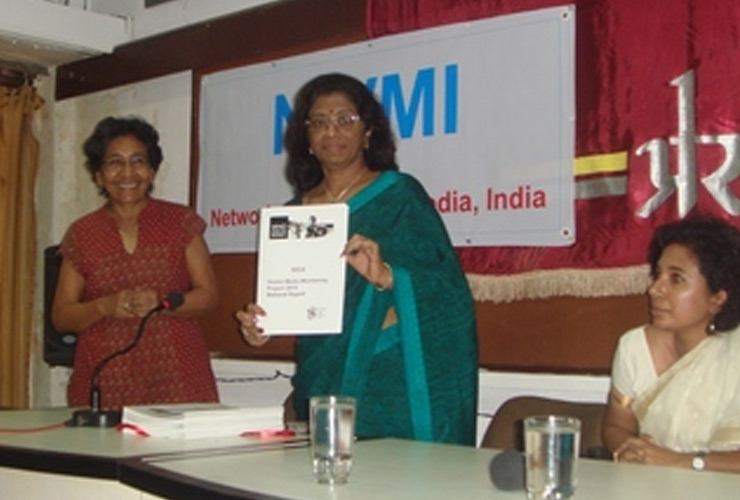 29 September 2010 was the global launch date of the several reports (global, regional and national) emerging from the Global Media Monitoring Project 2010.The GMMP 2010 looked at 1,365 newspapers, television and radio stations and Internet news sites, 17,795 news stories and 38,253 persons in the news in 108 countries with 82% of the world’s people.

The findings of the report ‘Who makes the news’ unfortunately reveal that women are still under-represented and misrepresented in news media coverage, despite significant change since the project began 15 years ago. 76% of the people heard or read about in the world’s news are male. The world seen in news media remains largely a male one.

Some of the findings of the report:

Today female reporters are responsible for 37% of stories compared to 28% fifteen years ago, and their stories challenge gender stereotypes twice as often as stories by male reporters.

Gender bias in Internet news is similar to and in some respects even more intense than that found in the traditional news media.

This year, for the first time since India began participating in the five-yearly GMMP process (1995, 2000, 2005), a national report has been produced to specifically present the results of GMMP monitoring in India. GMMP research in India, conducted by volunteers across the country, was coordinated by NWMI. The media monitored here include 20 dailies, 11 TV news bulletins, and 5 radio bulletins, together representing 9 languages. Some findings from analysis of data from India:

The GMMP global and national reports were released in Mumbai, Delhi and Bangalore on 29 September, to coincide with the global launch. In Mumbai NWMI collaborated with the Press Club of Mumbai to organise the event. In Delhi NWMI and the Indian Women’s Press Corps jointly organised the function, and in Bangalore the Centre for Development & Learning hosted the event.

The 2010 report contains a plan of action for media professionals and others committed to gender-ethical news media.

The GMMP is the largest and longest running research and advocacy initiative on fair and balanced gender representation in the news media. It is coordinated by WACC, a global network of communicators promoting communication for social change, in collaboration with data analyst Media Monitoring Africa, and with support from the United Nations Development Fund for Women.