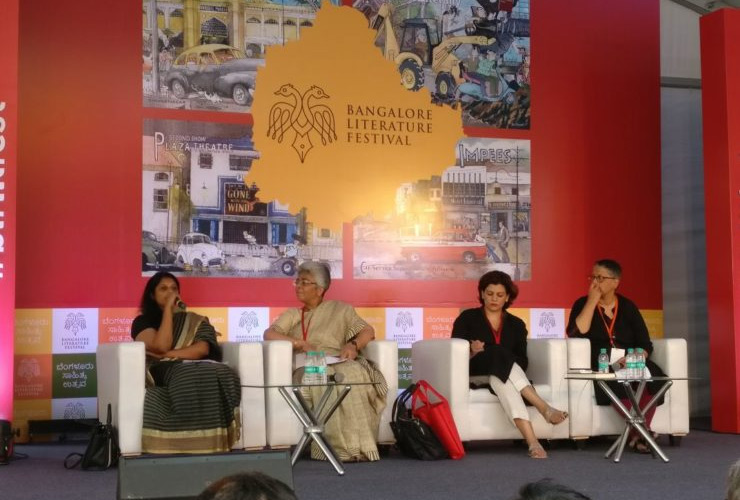 The Bangalore Literature Festival 2017 session on the online – often sexual – harassment of women journalists was held on October 28, 2017. The session was planned in the aftermath of the murder of Gauri Lankesh, who was herself a target of online abuse until the violence moved from the virtual world into the real one and silenced her forever. Nidhi Razdan (NDTV) and NWMI members Sindhu Sooryakumar (Asianet) and Laxmi Murthy (International Federation of Journalists) participated in the panel discussion moderated by Ammu Joseph (independent journalist and network member). The experiences of online abuse of the fourth panellist, network member Dhanya Rajendran (The Newsminute) were shared in absentia.

The panellists talked about their own experiences of trolling and other forms of harassment as well as about the implications of the increasingly frequent and intense targeting of female media professionals – on the Internet, on the phone and even in real life – not just for themselves (at the personal and professional levels) but for democracy and freedom of expression.

Click here for the full video of the session

Behold I shine: narratives of Kashmir’s women and children