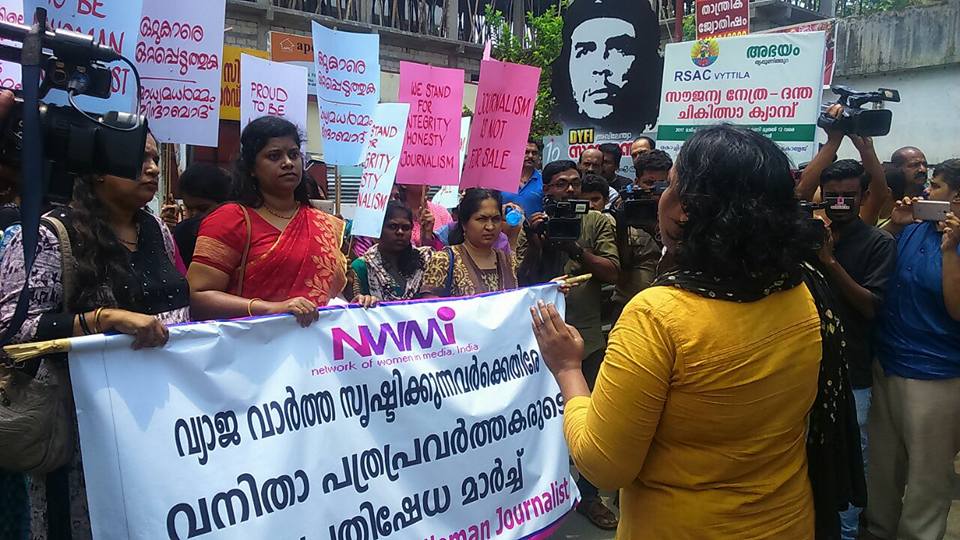 Members of the Network of Women in Media, Kerala, were at the forefront of protests against Mangalam TV’s unsavoury methods to increase its ratings.

“Journalism is not for sale!”, “We stand for integrity!”, “Proud to be a woman journalist”, and “One woman journalist denigrated, all women journalists denigrated” were some of the messages on Facebook and placards held in demonstrations in front of offices of the Mangalam TV in Thiruvananthapuram, Kochi and Kozhikode, condemning the lack of ethics in journalism and the consequent discrediting of the work of women journalists. The protests, under the banner of the Network of Women in India, Kerala, were a response to a so-called ‘sting’ operation launched in order to garner TRPs. 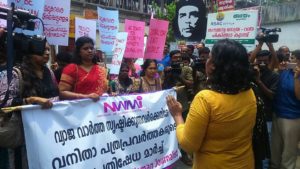 On March 26, the TV channel released an audio clip of a telephonic conversation purportedly between the then Minister of Transport, AK Saseendran, and an unidentified woman, whose voice had been edited out. In the sexually explicit conversation, laden with innuendo, the former minister is heard asking the woman for sexual favours. Public outrage followed the ‘sting’ and the minister resigned, but not before demanding an investigation into the ‘sting operation’.

Two days later, on March 28, the CEO and four employees of the channel were arrested by the Kerala Police on charges of criminal conspiracy and under Sections 67 and 67(a) of the IT Act for ‘airing sexually explicit content’.

Soon thereafter, the real story of the fake ‘sting’ emerged when Al Neema Ashraf, a reporter at Mangalam TV, resigned and went public with the unethical means used by the channel to “trap” the minister by “any means” because it would make for a “breaking news” story. When she and other reporters refused to take part in entrapping Saseendran, one of the female administrative staff was handed the task. Ashraf’s Facebook post describes the ‘unbearable circumstances, both as a woman and a journalist’ which forced her to resign. 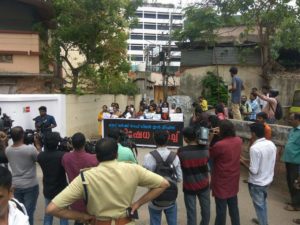 On March 30, Ajith Kumar, CEO, Mangalam TV issued an “unconditional” apology, the full text of which is reproduced here:

“We committed some mistakes, registering our unconditional apologies. Many cultural leaders made their comments on this issue, we respect them, and their criticism. There were criticisms from social media and other medias and journalists unions and among women journalists – we apologise before them too. Our well wishers pointed out certain things – lack of preparations in giving the complete picture that report. That it was a sting operation… However, we did not reveal the identity of the woman as we had to keep her privacy.

“Senior 8 editorial team members were part of the investigation team. Nobody was not forced to take up the job as alleged by our rivals. But it was one female journalist who voluntarily taken up the job and done it. Others in the team were not aware of details. We were to reveal these truths before the judicial probe. We promise that we will not repeat these mistakes,. We will have an editorial system to prevent such mistakes, and we request everyone not to stand against the channel for this ‘single’ mistake.”

The ethics of ‘sting operations’ as a legitimate journalistic enterprise and their value in uncovering facts in the public interest have long been debated. There is no consensus, and ‘stings’ will continue to be a contentious form of investigative journalism.

Kabul Blogs: My Days in the Life of Afghanistan

Two half centuries in journalism