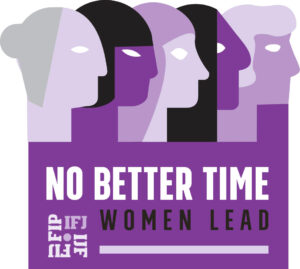 On International Women’s Day, March 8, 2018, the International Federation of Journalists (IFJ) Asia Pacific, launched a campaign to improve women’s leadership in journalists’ unions and associations in the region. The IFJ noted that though the number of women working in the media continues to grow, they are still not leading in journalist unions. Recent research revealed that on average, only 28 percent of members in media unions and associations in the Asia Pacific are women; and the presence of women in executive committees and decision-making bodies is only 22 percent.

With a view to change this situation, the campaign aims to tackle head-on the lack of gender equity and adopt best practices such as active mentoring; capacity building; leadership training; policies against sexual harassment and active engagement are all steps that unions can implement to make immediate and lasting changes. Gender councils and quotas have also been helpful in increasing women’s representation in union leadership. Leadership and capacity building for women unionists must be prioritised while recruiting and retaining young – particularly women – unionists, especially freelancers, contract workers and bloggers in keeping with newer trends in media employment.

Listen to Jisha Elizabeth, elected member of the Kerala Union of Working Journalists, who is also a member of the NWMI: https://youtu.be/pZek-3s8sME

For more on the Women Lead campaign, go to: https://samsn.ifj.org/iwd2018/

Gender, politics and the media: a workshop for journalists