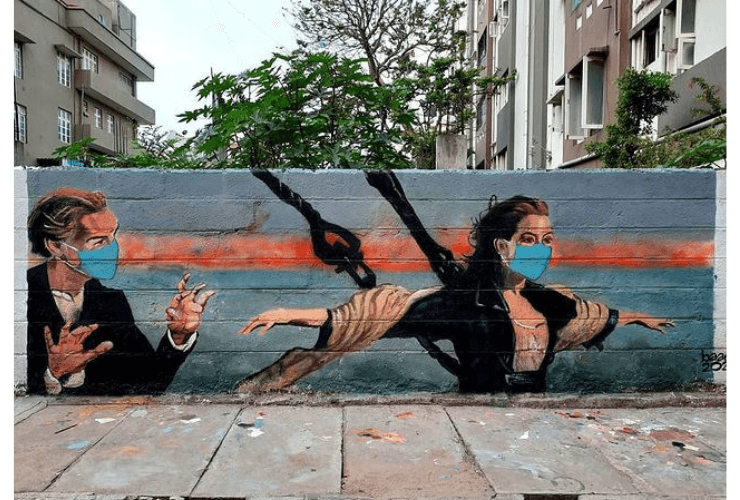 Who’s afraid of women in politics?

While it’s true that the whole world has been affected by COVID-19, the pandemic and the subsequent lockdown affected some groups more than others. In India, workers in the informal sector were among the worst hit; within these groups, women, girls, and transgender people, particularly those from marginalised communities, suffered the most. It is their health, jobs and education that have taken the greatest toll. However, as our research shows, these issues have not been represented adequately and accurately in the print media.

This study, commissioned by UNFPA and Population First and conducted by members of the Network of Women in Media India (NWMI), focuses on how the Indian print media addressed gender issues and concerns in its COVID-19 pandemic and lockdown reportage.

The study looked at gender perspectives in the print media during the pandemic and lockdown, based on an analysis of articles published in 12 national newspapers, in seven languages, between March and September 2020.

A total of 6,110 news stories relating to the COVID-19 pandemic and lockdown were reviewed. In only 4.8 percent of those stories were the voices of women and other marginalised genders central to the story.

English language publications did not represent gender concerns any more than newspapers in other languages. Women and trans people were rarely present as protagonists, sources and experts, sometimes even in stories that were directly about them. News stories on the whole tended to quote men. There were almost no news stories about Dalit and Adivasi women and the trans community in the newspaper articles studied.

Gender is social and cultural in nature and a gender perspective is one that takes into account the impact of gender on people’s access to opportunities, social roles and also power differentials among and between the genders.

The study found a significant under-recognition of the livelihood issues of women, both in the formal and informal work sectors. When media reported on the burden of unpaid work that fell on women during the pandemic/lockdown the articles focussed on urban middle-class women and often did not include working-class women in its ambit.

Women were largely missing, across all language publications, in the biggest media story of the lockdown months about the mass fleeing of migrant workers from cities to their villages.

One area where the media consistently acknowledged women as professionals during the pandemic coverage was healthcare and essential carework. Many women featured in health-related stories as caregivers, patients, and in situations related to pregnancy and childbirth, but these stories often remained limited to individual narratives or episodes, with minimal gendered perspectives offered.

The study found few stories related to education and policy that offered a gender nuanced perspective.

However, a fair amount of Covid-related news coverage during this period focused on the rise in gender-based violence, including domestic violence, child marriage, and sexual assault.

Frequently women and trans people were absent as protagonists, sources and experts, sometimes even in stories that directly impacted them.

While recognising the enormous challenges faced by the Indian media while covering the 2020 COVID-19 pandemic, this report points out that it is the media’s responsibility, particularly during times of crisis, to seek out and amplify the voices of women and other marginalised genders and communities as protagonists, sources as well as experts, and to provide an inclusive gender perspective in news coverage. It also recommends gender education and training, incorporating intersectionality, for media personnel at all levels and for media students as well.

Overall, this study found that in the reportage of the COVID-19 pandemic and the nation-wide lockdown, a gender perspective that highlighted the presence, role, concerns and voices of women, trans people and other marginalised genders was largely missing in most Indian print publications across all languages and regions.

The newspapers were monitored for seven days each month from March to September 2020, focusing on news stories, feature stories, photo features and photographs related to the COVID-19 pandemic and lockdown.