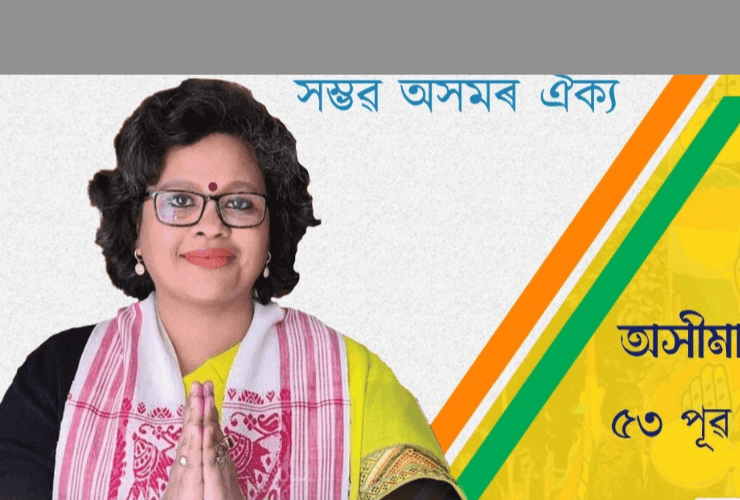 A quick look at some of Kerala’s women candidates

This year, political parties in Assam have made promises galore to woo women — 49.35 per cent of the electorate. The promises range from giving Rs 2,000 per month to housewives, Rs 365 as daily wages to tea garden workers, and increasing financial assistance to pregnant tea garden workers and households led by women to providing free cycles and scooters to schoolgirls and college women. But having fielded only 74 women candidates in the three-phased Assam assembly polls in 2021, they have registered a significant decrease in the representation of women among electoral candidates, even when compared to the last Assembly election. In fact, in 2016, there were 91 candidates — eight of whom won. And in 2011, 85 women contested and 14 won, the highest to date.

The 74 candidates fielded this time, make up a mere 7.82 per cent of the total of 946 candidates. Political parties have barely paid any attention to the 33 per cent reservation mark.

A Minister of the outgoing government and member of the Assembly from the Bodoland People’s Front (BPF), three former Congress Ministers and a former Deputy Speaker of the Assembly are in the fray. The BPF Minister, Pramila Rani Brahma, also the oldest woman candidate at 71 years, is contesting from Kokrajhar (East) constituency in a bid to retain the seat for the seventh consecutive term. The BPF was an ally of the Bharatiya Janata Party (BJP) but they had severed ties before the polls, although the ministers continued in office saying that they will remain part of the present government until the new one is formed.

A former, powerful Congress Minister, Ajanta Neog, left the oldest party to join the BJP before the elections and contested from Golaghat constituency, which she has represented since 2001. Two other former Congress Ministers, Pranati Phukan and Bismita Gogoi, are also contesting from the seats they had represented earlier. Renupama Rajkhowa, a former Deputy Speaker of the Assembly, and a sitting MLA from the regional party, Asom Gana Parishad (AGP), is also contesting to retain her seat. The BJP has no ministers in the outgoing government but its two sitting MLAs, former actress Angoorlata Deka and filmmaker Suman Haripriya, have been renominated from the same seats. Among other women in the fray are Congress candidate Ashima Bardaloi, grand-daughter of Assam’s first Chief Minister and Bharat Ratna, Gopinath Bordoloi. Popular Bhojpuri singer Kalpana Patowary is also contesting on an AGP ticket.

Many of Assam’s districts have been undertaking Systematic Voters’ Education and Electoral Participation (SVEEP) programmes to improve turnout by women voters. There are polling stations where all the officials and security personnel are women and voter awareness ads appear on gas cylinders. Despite their poor representation among candidates, women have come out in large numbers in all constituencies in Assam so far, outnumbering men in the 47 constituencies that went to the polls in the first phase polls. While 76.07 per cent of the female electorate exercised their franchise, male voters made up 75.79 per cent and those registered as trans voters constituted 11.29 per cent of the citizens who cast their vote. Further, in the 39 constituencies of the second phase, women were a mere 0.06 per cent behind men, with 80.94 of the female electorate exercising their franchise as against 81 per cent of the male electorate and 5.9 per cent of voters registered as trans persons.

The 40 constituencies in the third phase, scheduled to go to polls on April 6, 2021 will be a significant indicator of how women from marginalized communities vote this year since most of the seats are in minority-dominated areas of Lower Assam (where the exercise of updating the National Register of Citizens had a significant impact on people’s lives) and in the tribal districts of the Bodoland Territorial Region (BTR).

The decline in the number of women in the fray has not gone down well with women activists who assert that time and again political parties have failed women by not ensuring that the promise of 33 per cent seats in elected bodies, among the other, less significant promises made in their manifestos, is implemented. Activists and writers have criticised the parties for neglecting women’s representation despite their excellent record in public life as well as governance.

In March 2021, women’s organisations in Assam had released a women’s manifesto, highlighting the specific issues that needs to be included in the policies of the next government (Read more about the manifesto here), but most parties have ignored such matters and concentrated mostly on doling out the usual sops for women, without any concrete measures for their actual economic, social and political empowerment.

Durba Ghosh is a senior journalist with PTI and has covered Assam for 23 years.

The gender gap in Puducherry

A quick look at some of Kerala’s women candidates