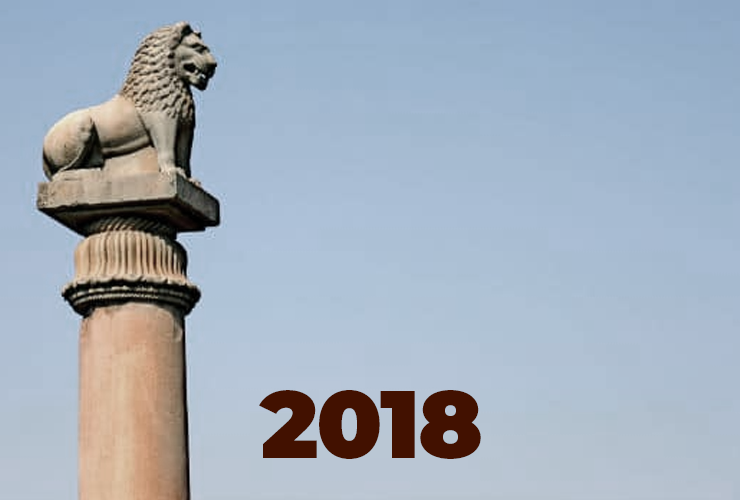 How women voted in Nagaland

Poll results in Tripura, Nagaland and Meghalaya were announced on March 3. In these three states of north-east India, Bharatiya Janata Party ( BJP) made gains and is all set to either form the new government or form a key alliance partner.  In Tripura the BJP scored above the magic mark of 35 and emerged a single majority putting an end to the 25 long year left rule in the state.  In Meghalaya , though BJP could not only managed 2 seats, which is a major improvement from the last election with no seat in the assembly,  the party is playing key role in supporting the new alliance government – the National People’s Party led alliance .  In Nagaland the BJP as in earlier government is and will remain the main coalition partner. From a single MLA in the previous election BJP had come up to 8 this time in Nagaland.

The remaining congress ruled state Mizoram that will go to polls later this year is sure to face the challenges of the saffron wave too.

All in all BJP has made a huge entry in north-east India. The party is settling down for a comfortable stay and is here to remain for at least say a decade?

While it is all about a show of  strength, performance, winning from state to state, putting an end to incumbency, wiping out congress and left governments across India or in north-east India, a look at the election results in north-east states in the recent years indicates a poor show in terms of women representation. The recent years’ elections in the states are not women friendly at all. Figures and numbers shows an otherwise not so positive signs of these ‘show of strength’ and much hyped “change” in the whole political developments in north-east India.

This 2018 election Tripura saw 3 women winners – all from CPI (M) party. Out of the total 297 candidates 20 were women contestants the polls.  The result is a climb down from 5 women MLAs in the previous 2013 assembly.

In Meghalaya a total of 361 contested the 2018 election; out of these 31 were women candidates. Of these 3 women won the polls – 2 of them from Congress and one of the NPP. The number of women MLAs decline from 5 to 3 from the previous 2013 government.

Meanwhile a total of 196 candidates contested the polls in Nagaland, out which there were 5 women. None of them were elected!  The trend remains the same as in other elections in state.  The only silver lining perhaps is the number of women contesting state election went up this time. In 2008 election 4 women had contested, while in the 2013 polls only 2 women contested. It may be mentioned that Naga People’s Front  that has ruled the state for more than 2 consecutive terms has never field  any women candidates, let alone women winning the elections. The only woman who won election is Rano Shaiza who contested the Lok Sabha Polls in 1977.

This declining pattern of the number of women in the state assemblies has also been observed in the earlier election in other north-east states. In the 2016 Assam state election, out of the 1064 candidates, there were 87 women who contested the polls. Of these only eight candidates won the election – a decrease from the figure of 14 in 2011 election. Among the 8 MLAs 2 were from the ruling BJP.

In Manipur too, the pattern is similar. The trend though is not a positive picture. In the 2012 state election there were 15 women out of 273 candidates contesting the polls. Of these 3 women won the election. In 2017 election, out of 266 candidates there were 11 women contesting. Out of this 2 women won the election. This shows decline in number of candidates as well as number of winners. There was total number of 3 women MLAs in the previous 2012 state assembly. The figure came down to 2 in the 2017 election.

The pattern is no different in Arunachal Pradesh. The state assembly currently has only 2 women MLAs. In the 2014 election 7 women candidates contested out of the total 163.  In the previous election  there were 9 candidates of which 2 won the election.

“Change” was the catch word in the 2014 general election, and so are the state elections. Particularly in north-east states, there was a surge of hope, of real transformation.

Indeed change is much needed, particularly in north-eastern states.  But the change that has been witnessed over the recent years is in-fact a down sliding of representation on the gender front.

For a real change to be witnessed, indicator in quantity – for a start the of women in local self government, the state assemblies should begin. This must in parallel also have more women candidates.

Until there is equal representation – at least a 33% representation in the house (s) upper, lower, state assemblies, locals, government can we proudly say there is
“change” and “ Achha Din” ?

Change cannot be only about ‘wiping out the congress, the left’ or ‘anti-incumbency’. Change should bring about transformation in the most crucial spaces – the parliament, assemblies and local self government(s).

How women voted in Nagaland