#MeToo in the Indian Media 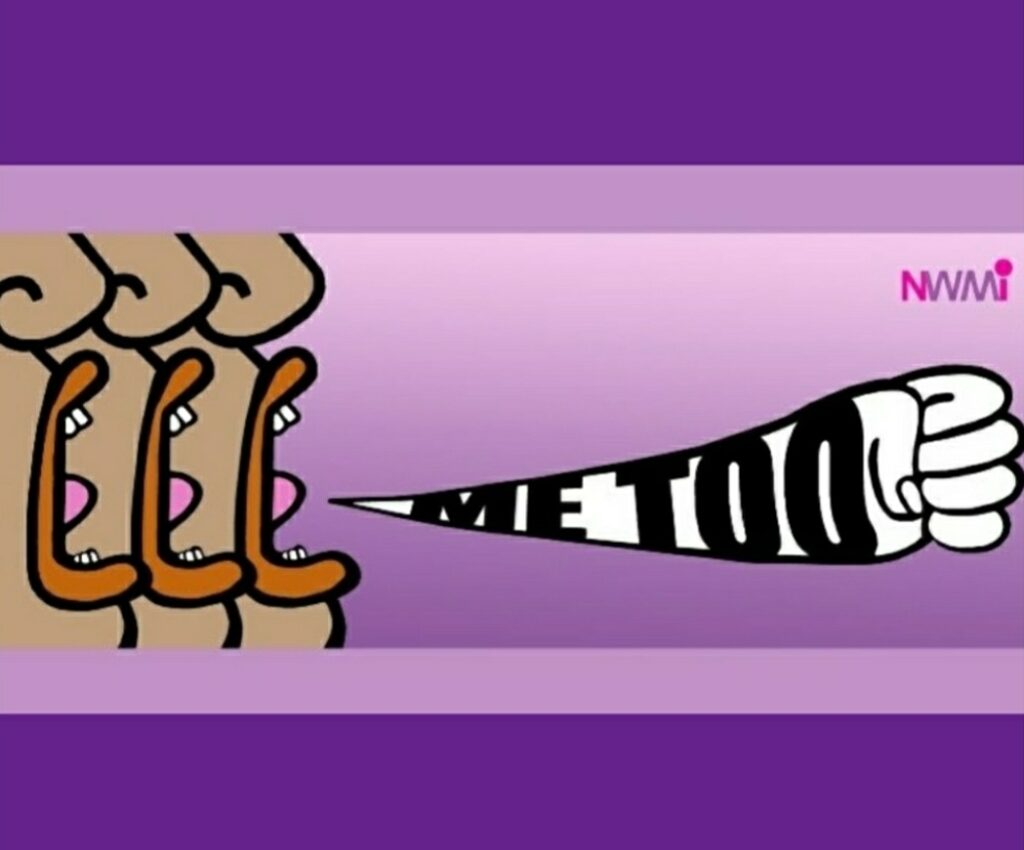 Illustration by Manjula Padmanabhan for NWMI

The wave of disclosures of sexual harassment in the Indian entertainment and news media industry in September-October 2018  drew public attention, for perhaps the first time, to the pervasive sexual harassment in  media workplaces in India. The #MeToo moment might have come as news to the general public,  but it was not surprising for women in the media who were all too aware of the phenomenon.

The pathbreaking book, Making News: Women in Journalism (Ammu Joseph, 2000) records the harrowing experiences of  sexual harassment faced by women journalists across the country. Surveys by the Network to Empower Women Journalists (later re-named the Network of Women in Media, Bangalore)  revealed rampant sexual harassment, particularly in the regional media.  Likewise, the ‘Status of Women Journalists in India’, a national-level survey by the National Commission for Women (NCW) and the Press Institute of India (PII) in 2002-03, found that almost a third of the women journalists surveyed had been sexually harassed at work. The lack of redressal mechanisms despite the existence of laws, was ubiquitous.

Even as NWMI highlighted cases of sexual harassment soon after its launch in 2002, one thing became clear: media managements were not responsive to the issue, investing little to prevent or redress sexual harassment under their watch. The NWMI has also consistently flagged the need for institutional mechanisms of redress, and it is this lack that was most obvious in 2018 when disclosures of sexual harassment began to tumble out of the media closet: #MeToo, said scores of women journalists, speaking out and naming their abusers on social media. After actor Tanushree Dutta accused Nana Patekar of sexually harassing her years before, the flood gates opened, revealing the underbelly of the entertainment and media industry in India. This section contains a compilation of NWMI members’ writing on the #MeToo disclosures, as well testimonies of members.