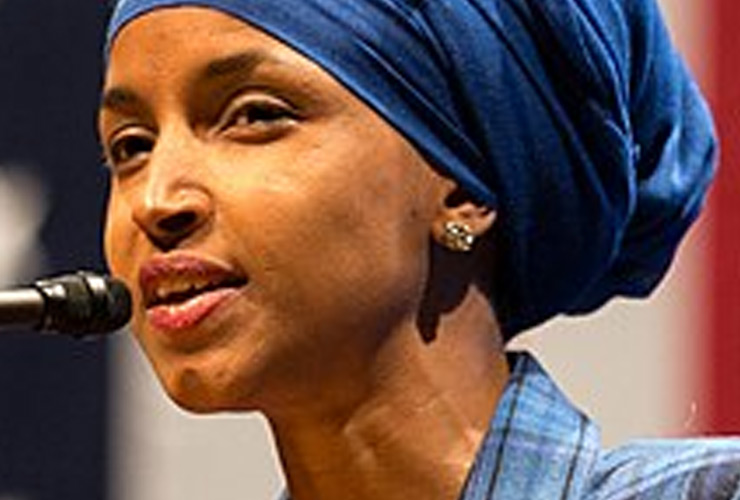 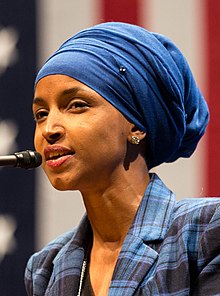 That’s how 36-year-old Ilhan Omar greeted a large audience on November 6 after she had won her seat in the Congress in the midterm elections in the United States. Her choice of greeting is reflective of her identity as a Muslim woman; it bears particular significance because of the time and place: this is the US in 2018, where women’s bodies continue to be policed, Muslims continue to face racial slurs and the Black population continues to shudder at being policed – sometimes at gunpoint, and gunshots that are fired – by White cops.

But USA is also where women were spurred to run for elections when they had enough of a misogynist president and a dominant political party that condones the horrendous actions of politicians and judges accused of sexual assaults. It was coming, the winds of anger metamorphosing as women took charge of their place in society by getting down to politics, to change the nature of the game and rewrite the rules.

And that’s what happened with the midterm elections of 2018 which will go down in history for many firsts. In Tennessee, Marsha Blackburn became the state’s first woman senator. In Massachusetts, Ayanna Pressley is the first African-American woman elected to the House from Massachusetts. In Maine, voters chose Janet Mills to be the state’s first woman governor. Sharice Davids, Deb Haaland, and Yvette Herrell became the first Native American women elected to Congress. Ilhan Omar became the first Somali-American in Congress, while Rashida Tlaib became the first Palestinian-American Congresswoman. Both women, Democratic candidates, also share the distinction of being the first Muslim women in Congress. Republican Kristi Noem became South Dakota’s first female governor. Alexandria Ocasio-Cortez, a 29-year-old activist from the Bronx, became the youngest woman elected to Congress.

A total of 273 women were on the ballot in the 2018 midterms, representing both the Democratic and Republican parties. In the previous years’ election, the number hovered around 171.

Across the Atlantic Ocean, Rwanda made history once again by breaking its own world record on the percentage of women in Parliament. In last month’s election, women won 54 of 80 seats, achieving a new record of 67.5 per cent by crossing the previously held world record of 64 per cent. For a country whose Tutsi population was systematicallydecimated in 1994, and where rape was used as a tool to further the genocide, the strides made by women in the political sphere is particularly significant and admirable. The scarce attention paid to this development over the years is reflective of our attitude towards and ignorance about Africa in general and Rwanda in particular. The latest election results have made news only because of the new world record (achieved for the second time).

The spectacular electoral wins by women in both countries – separated by an ocean and diverse histories and cultures – speak of a new reckoning worldwide, of women transforming years of discrimination and anger into something powerfully constructive. This was evident in the speeches of the women in the US who made history.

Ocasio-Cortez identifies her politics as “Democrat Socialist” — something that seems radical in a country whose backbone is built on aggressive capitalism. Ilhan Omar, who moved to the US at the age of 12 as a Somali refugee, said in her victory speech, “Here in Minnesota, we don’t only welcome immigrants; we send them to Washington.” Deb Haaland, a member of the Laguna Pueblo tribe, said after her Congressional win, “I almost feel like my winning is a shoutout to democracy everywhere.”

Exactly two years ago, a Yale-graduate lawyer was defeated by a pompous businessman who went on to become the President of the US. The presidential campaign was one of the most divisive in history, ferociously fought beyond political debates, with dirty linen being made public. Hillary Clinton’s hawkish foreign policy might be exactly what a non-American is wont to recognise as American: elevating fear until it reaches the tall tower from which nothing but invasion appears to be the solution. But whether we agreed or disagreed with her views, it cannot be denied that her erudite polemic were layered and textured in comparison to Trump’s simplistic reduction of both economic and international affairs.

In the end, the seductive reduction of people’s problems to matters that could purportedly be solved through rough and ready solutions won the day. The smear campaign won; narrow nationalism, racism and misogyny won. But this, in turn, galvanized American women to take to the streets, and to eye public office. Push came to shove and, as activist and lawyer Valerie Kaur poetically said, with breath and push, the country was delivered into a day of women whose words – about their own selves and identities, and how that re-framed the way they perceived what ought to be transformed – were more credible than the lies of men.

I look at the photos of these American women who have made history and have been widely hailed, and I think of Jinabai Duduwe, who was elected the sarpanch of Devli village in Sendhwa district in Madhya Pradesh, nearly a decade ago. The younger and the second of two wives of Lakha Duduwe, she brought me tea as her husband waxed eloquent about the various schemes that he was able to implement in the village. I only saw her meek smile from under her sari veil; her “Sarpanch Pati” was the one who had essentially won the election and was now running the show. Her election as Sarpanch was to merely claim a seat through the 50 per cent quota for women in India’s Panchayati Raj (local self-governance) system.

While more and more women in India are going out to vote, the number of women running for office, and the number of women actually winning elections, hasn’t increased correspondingly. Currently, women make up a paltry 11.6 per cent of directly elected members of the Indian Parliament. Even when a woman is elected, her policies – no matter how high they might raise eyebrows – are often ridiculed on the premise of her gender. Never are a man’s policies questioned because of his gender. The video of an erudite Indira Gandhi giving an interview in French is now doing the rounds on social media, even as the Emergency that she imposed in 1975 is an experience even those of us born after her death are able to recognise in the times we live in today, with a range of freedoms guaranteed by the Constitution under attack.

The cover of the November 19 edition of the New Yorker magazine illustrated the history made in the midterm elections in the US. A room full of men, visibly older with sagging cheeks, bald heads and wrinkled square faces – drawn in black pen – indicated business as usual, dull and corrupt. In one corner of the page was an open door through which several women were waving. The waving women were painted in colour. Ilhan Omar was visible, with her distinctive hijab. A bald, smiling man was also visible entering through the door that separated the black and white room from the colourful group: Jared Polis, the first openly gay Governor (of Colorado) in the US. Change had arrived like a rainbow.

Of course, women in public offices can also be equally sexist, as India’s Smriti Irani has shown; they, too, can champion nationalistic jingoism, as France’s Marie Le Penn has shown. But Cynthia Nixon, a former award-winning actor who ran for governorship of New York state, showed that she was able to hold high her personality, insist on the ability to have two careers in one’s life, and transcend roles to listen to what people want.

As we go into elections in five more states in 2018 and anticipate the general elections in 2019, and notice how a woman’s gender is peddled as fodder to disregard her place in politics, perhaps we could take a leaf out of the books of the scores of women across the world who have, time and again, rolled up their sleeves, tucked up their skirts and saris, to knock on the doors of political power in order to change the system.

Women constitute less than 13% of candidates fielded in Madhya Pradesh