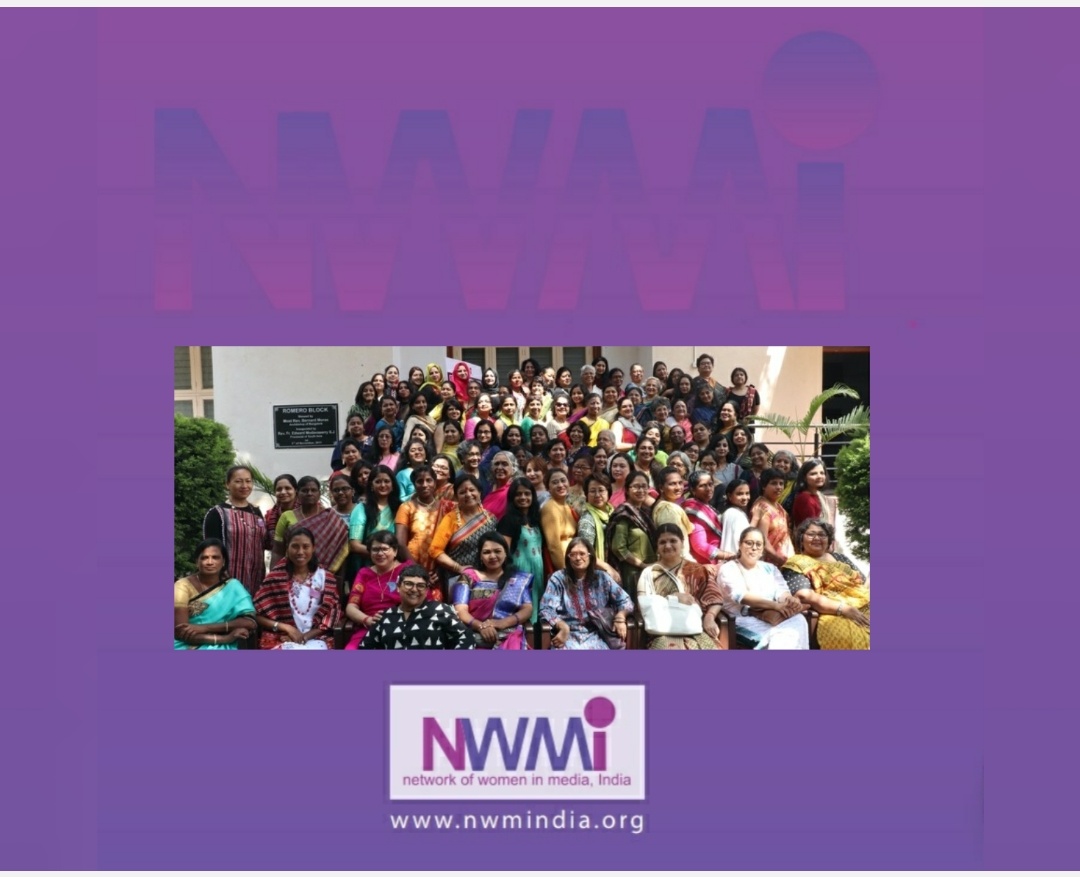 The Network of Women in Media, India (NWMI) is a collective that serves as a forum for women in media professions to share information and resources, exchange ideas, promote media awareness and ethics, and work for gender equality and justice within the media and society.

Our current membership comprises over 550 media women based in almost all Indian states (and some overseas locations), working in print, digital and electronic media in multiple languages. Members are connected virtually through an email listserv as well as via social media groups, but also meet in person during periodic national meetings in various venues across the country. Local networks in several cities also periodically organise get-togethers and events.

The NWMI takes strong, prompt public positions on journalists’ rights and media ethics, while standing alongside media women in various struggles for gender equality, safety and justice, at both individual and community levels.

The network recognises and celebrates the achievements of fellow members, while also offering solidarity and support to colleagues facing various obstacles and injustices in the course of work, including through a fellowship program. A major area of focus has been the precarious situation of independent/freelance journalists; details of initiatives in this area are available here.

The NWMI is a 100% not-for-profit organisation – a voluntary, informal, non-hierarchical, participatory collective with no institutional affiliation, infrastructure or paid staff. It is entirely dependent on members’ contributions of time, energy and money. Decision-making is transparent and consensus-based, following extensive deliberation. The network has launched initiatives such as the NWMI Fellowship, the Letdown in Lockdown series (in response to the widespread loss of jobs and incomes in the wake of the Covid pandemic) and the Gender, Media and Elections blog, in addition to a number of surveys and publications.

For further enquiries, please write to us at nwmi.contact@gmail.com.

The NWMI is an inclusive community which welcomes as members women (and those who identify as women or gender fluid ) working in or on the media (media professionals/ practitioners, media scholars/researchers, media faculty/students).

We strive to be a safe and open space for members to engage in heathy discussions and debates. All members, without exception, are expected to respect and maintain the confidentiality of these internal discussions.

If you would like to join the network, please send details of your location and work experience in the media, media education or media studies.